Home How Did Virtual Reality Come Into Existence?
GGeneral

Virtual Reality (VR) involves creating a three-dimensional world that creates an illusion of reality. It confuses the human brain into believing something that doesn’t truly exist. Although the concept seems pretty new, VR applications dominate the gaming, shopping, and educational industries.

However, we can trace the history of Virtual Reality to the early years of the 19th Century when technology was not very advanced. Back in the 1800s, panoramic paintings could also create a similar 3D virtual effect.

So, let us understand when Virtual Reality was actually born?

The Origin of Virtual Reality

Cinema is the earliest example that used the Virtual Reality effect in films. The effect of a train traveling into the camera blew people’s minds off. The effect tricked the viewers into thinking an actual train was coming their way.

This was one of the successful attempts of virtual reality. But there’s more,  let’s find out.

The Panoramic Paintings Of The 19th Century

Even before technology, panoramic paintings created an illusion of a non-existent world, similar to today’s Virtual Reality.

The 360-degree painting depicting the Battle of Borodino (1812) creates a 3D effect that presents an optical illusion of the historical war, overwhelming the viewers. Such paintings create an illusionary 3D effect that confuses the human brain into perceiving the painting coming to life.

Sometimes, objects can be deceiving to the human eye. Our eyes can see only a single side of the 3-dimensional object at a time. Hence, the brain gets easily confused.

According to the research by Charles Wheatstone in 1838, our brain can process different 2D images from individual eyes. If you see two side-by-side images of a single object from a different angle, it gives the sense of depth and 3D illusion.

This discovery led to creating the stereoscope in 1838, the lenticular stereoscope in 1849, and View-Master in 1939. The same concept of showing two different images was used for virtual tourism. Looking at the images from different angles gives the sense of a moving world.

The concept of augmented reality is a recent one. Today, Google has created a head-mounted cardboard VR that enhances our real-world experience.

Basically, everything is about images. It is similar to how Google Earth real maps work, with images creating a 3D world on the internet. The Game Geoguessr is another popular example of how setting images at the right place and angle can develop a whole 360-degree world.

Now that you know the origin of Virtual Reality, let us review the early developments and evolution of VR technology.

Virtual Reality in the 20th Century – What’s Actually Going on?

It’s not easy to attribute the success of VR to a single person. Various developments and ideas led to improvements in VR technology.

But, let’s understand the chronological order of the events in the development of Virtual and Mixed reality.

In the 1930s, a science fiction writer, Stanley G. Weinbaum, wrote a book that inspired the designing of VR sets.

The story was about a pair of goggles that can take the person wearing it into another reality, which is obviously the virtual reality- where the person could even smell, taste, and touch things. The book continued to be one of the most popular science fiction stories for a long time.

Morton Heilig is the father of the Sensorama, an arcade-style single-person theatre cabinet. The cabinet was designed so that a person would have a near-real experience of the movie.

The sound, sight, speakers, 3D display, smell generator, and vibrating chair could give a full reality experience to the viewer. People could completely immerse themselves in the movie as if they were present inside it.

Morton filmed six short films to showcase in the cabinet theatre and give a wonderful experience of Sensorama.

After the successful attempt of Sensorama, Morton Heilig created the first head-mounted VR set. It was patented in 1960. This time, the device was small and had no motion tracking. In addition to this, the headset had a wide 3D vision with stereo sound.

The head-mounted VR set marks as one of the most valuable inventions in the virtual reality world.

In an interesting development, Ivan Sutherland and his student Bob Sproull integrated Augmented reality (AR) into the VR set to create the Sword of Damocles, the first VR head-mounted display system.

The realization of a VR set partially displaying the surroundings was a clear breakthrough for augmented reality. This particular VR/AR set hung from the ceiling because of its heavy weight. For the first time, the VR device was connected to a computer and not a camera.

Augmented Reality can be explained as an interactive experience of computer-generated graphics over the real-world environment. The Pokemon Go game is a popular example of Augmented reality.

These inventions provided a strong foundation for further developments in VR. Now, let us look at the present innovations in VR.

Virtual Reality In The 21st Century

Technology has evolved tremendously over the past decade. New promising sensors, compact devices, and the latest findings on VR allow a wholly unique experience.

Today, you can play games, shop in a virtual store, and learn academic concepts in a better way via headsets. We find companies like Apple, Google, Facebook, and Amazon drive the market of mixed reality, augmented reality headsets, and devices.

Here is what happened in the VR world after the Sword of Damocles invention in 1968.

Palmer Luckey is known to own a large collection of head-mounted displays. He studied every VR set in the market and decided to come up with a more effective design.

In 2010, he designed and developed an inexpensive VR set by eliminating the drawbacks of the already existing ones. Due to its low price, Oculus Rift became popular among gamers.

Valve Corporation is a popular video gaming development company. Considering the impact of mixed reality on the gaming industry, Valve decided to design a head-mounted set alongside HTC.

Valve Corporation is a popular video gaming development company. Considering the impact of mixed reality on the gaming industry, Valve decided to design a head-mounted set alongside HTC.

The system used in the Valve headset is known as the Lighthouse Motion tracking system.

The company attached sensors to the headset and the motion controller that can read the position of two base station devices kept in the play area to enable the user to move freely. The company also worked to reduce lags in VR content. This successfully built a lag-free and faster VR experience for gamers.

After 2013, hundreds of tech giants entered the market of mixed reality head-mounted sets. Today, the tech market is filled with various headsets with diverse applications.

The new headset works flawlessly with Playstation 4 and 5. The VR system outputs the game on both the television and the screen of the headset.

By designing this headset, Sony encouraged the idea of ‘living the game’ rather than just playing the game. It also consists of a 5.7-inch OLED panel which is safe for the eyes. With a 1080p screen resolution and 3D audio effect, the headset advances the gaming experience to the next level.

In the coming years, Sony will launch the PlayStation VR successor, with better features and compatibility.

Google Cardboard VR set transformed the usability of the head-mounted set. Due to the advanced technology, head-mounted sets were costly and far exceeding the budgets of students and gamers. Nevertheless, to encourage the idea of virtual reality, Google developed a simple headset with cardboard.

The cardboard VR set allows users to keep their smartphones in one given slot and watch their favorite show via 3D lenses. Not only this, smartphones require a particular app to make the video compatible with the headset. And that’s it, there are no additional compatibility requirements. Anyone can enjoy 360-view movies and games on a smartphone.

Google also provides separate components and a set of instructions for users to build their own cardboard headset.

As it is a low-cost and open-source VR set, millions of units were shipped to users who wanted to develop their own devices.

Even today, Google continues to improve the open-source license for developers to use.

Every year, a new prototype is launched in mixed reality devices. Till 2018, pictures located far away in augmented reality were clearly visible. But an image closer to the eyesight had resolution and clarity issues.

Every year, a new prototype is launched in mixed reality devices. Till 2018, pictures located far away in augmented reality were clearly visible. But an image closer to the eyesight had resolution and clarity issues.

Hence, Oculus launched a new prototype called ‘Half Dome’ with a 140-degree field of vision. The concept was created to adjust the focus on the picture in front of the eyesight.

To give you a better understanding, it works similarly to the camera. You adjust the focus of the camera lens to improve the clarity of an object in the frame, just like smartphone cameras.

The 140-degree view field works flawlessly by employing this strategy. The headset adjusts itself to give you a crystal clear vision of the nearest as well as the farthest object. Oculus launched this prototype at the Facebook F8 developer conference and the tech community continues working on more ideas.

This summarises the creative journey of Virtual reality that holds immense potential for advancement in the future.

The Future of Virtual Reality

Today, there are seven different types of VR sets, each designed with unique features with practical real-life applications.

While semi-immersive VR combines the real world with an interactive virtual world, the collaborative VR set shows the same mixed reality environment to several users at once. It has major applications in online conferences and project collaborations.

Furthermore, the Manufacturing VR is used in the manufacturing industries to train the employees with tools handling and product designing in a safe environment. 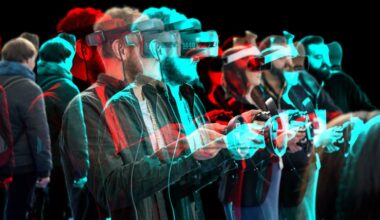 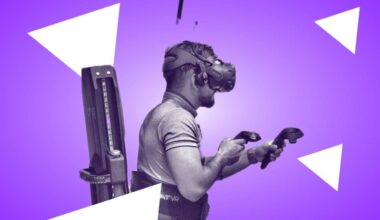 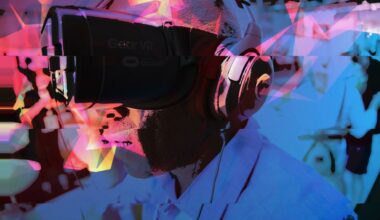 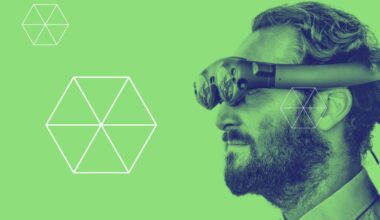